CHICHIMILÁ SIDE TRIP FROM VALLADOLID

Twenty-six meters above sea level, seven kilometers south of Valladolid along a quiet paved bicycle path is the little unassuming town of Chichimilá with 7, 500 inhabitants, most of whom speak Maya.
In a zone of cenotes, heavily wooded Chichimilá has fifteen cenotes and could be considered a suburb of nearby full-service Valladolid. Cenote Xlakaj is the best and most accessible of the centoes.
Traditional Mayan food and dress are the standard and the only claim to fame seems to be that the chief martyr of the uprising that led to the protracted Caste War was born here. 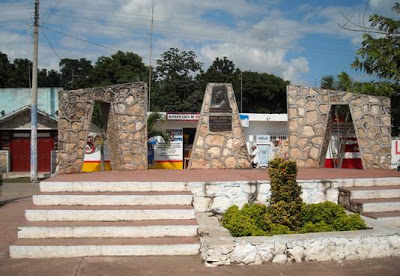 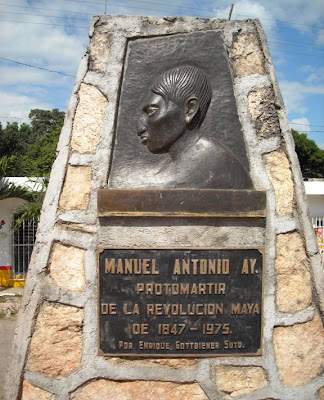 Mayan rebel Manuel Antonio Ay’s arrest and execution in 1847 was a major factor in the start of the Caste War. For Chichimilá, the Caste War didn’t officially end until 1975 when a treaty was signed with the Mexican government. 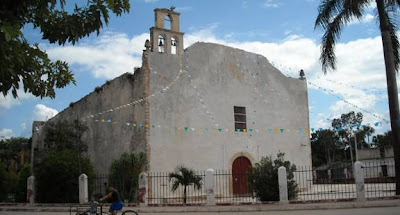 Everywhere in Yucatán that a church stands there was once a Mayan temple.
This no-frills neglected stacked stone, mamposteria relic of the past structure still has its arched ceiling of wooden beams that has miraculously outlived most others of Yucatán. This was a site of a Franciscan mission and the church was added in the 17th century. 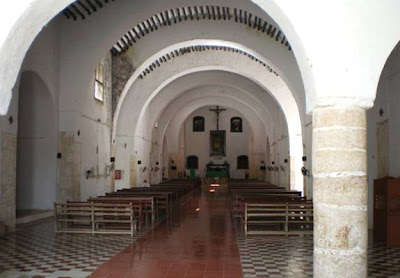 Inside the modest Chichimilá church you can see this has always been a poor little town. 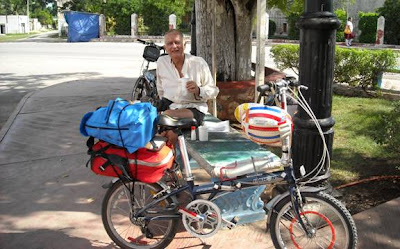 At the city center park of Manual Antonio Ay across the seldom traveled main street from the old church, Jane and I procure some welcome shade to have our afternoon coffee and some corn tortillas lightly sprinkled with salt.
We travel light and pack all we need for our excursion aboard our little folding bicycles.

This is most of Chichimilá’s business district. There is also a building supply and cantina. 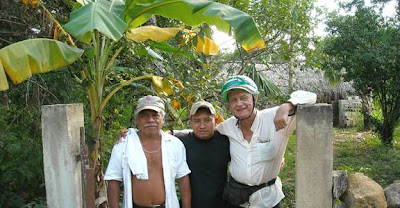 Jane and I, out of curiosity, wanted to check out the housing market and these two local men guided us to the only house in town for sale. It was just three blocks removed from the downtown business district, has a palm thatched palapa house, city water, electric and a water well eighteen meters deep. The large tract of land was planted with many kinds of fruit trees. 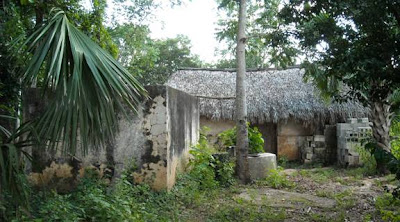 This slice of paradise required a lot of youthful exuberance to conquer and saintly patience in waiting for things like a phone or internet service. This isolation is not for everybody.

Nearby to Chichimilá is a the cenote Xlakaj. The people of Chichimilá have made improvements to the cenote and it serves as a recreation area complete with cabins, restaurant and access to a swim in the beautiful cenote. Mexigo Tours will rent you a bike if you don’t have one or they will take you there on a tour.
Posted by JJ Yucatan at 8:33 PM