This traditional Mayan festival still takes place annually in Colonial Emiliano Zapata Norte six kilometers north of Merida’s central zocolo on the east side of the Prolongation de Montejo which is a popular neighborhood that still clings to it’s traditional ancestral customs. 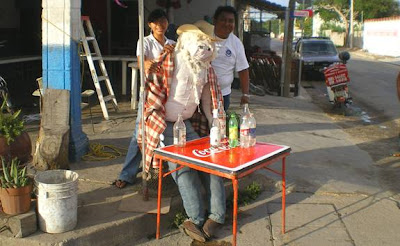 Our neighbors Don Jorge and his daughter Lupita display the manikin they will burn in effigy of the old year on New Years Eve. Stuffed with pyrotechnics the effigy will be ignited by a long string of firecrackers blasting the New Year in and the old one out. They kick off the Mayan “Pol kek’en” festival or “Danza de la Cabaza de Cochino”, (Dance of the pig’s head) that is of pre-Hispanic origins.
New Year’s Eve dinner consists of roast turkey salbutes and caldo authentic Mayan specialties handed down over the centuries. 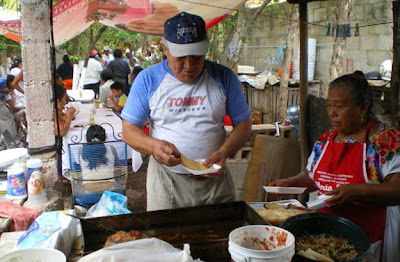 New Years day a pre-parade eating extravaganza rallies the neighborhood for food and drinks while the marching band sits down to stuff themselves and “wet their whistles” with a few beers while tuning up for the parade. Above turkey tacos get served up as fast as the eager participants can put them away. 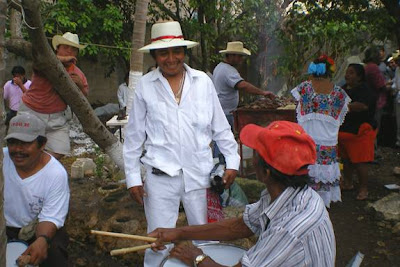 The jubilant participants eating and drinking will soon parade the streets dancing. 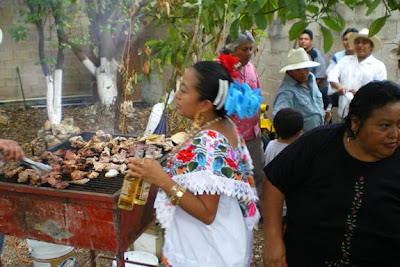 Pork and beer and lovely native customers set the stage for a harmonious tradition. 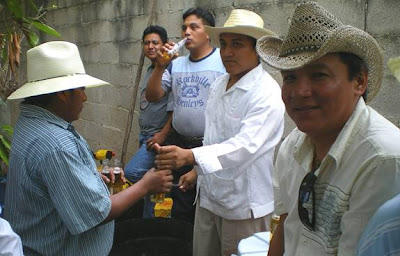 Mucho-macho these guys have been partying non-stop since last night with no end in sight. The traditional Mayan drink for this festival is called balché, (Latin: lonchocarpus longistylus Pittier) and is make by fermenting the bark and roots of a tropical tree of 18 meters of that same name combined with anise and cinnamon. Tradition has yielded to expedience and beer is now easier. Topping off for the parade and dance that follows with youthful exuberance coupled with old time tradition, the neighborhood unites. 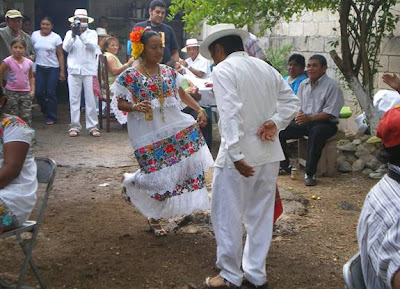 Getting in step for the dance with a preview performance bedecked in Mayan tradition. 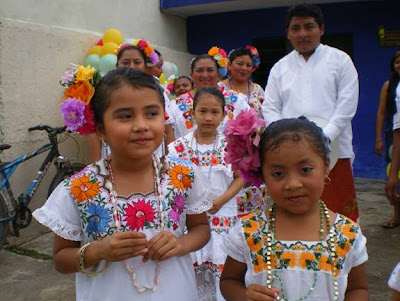 These lovely girls are our good neighbors. 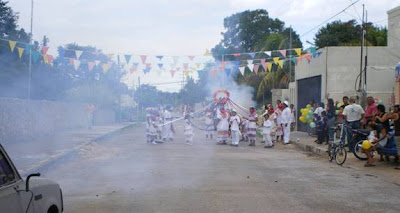 Under way in a cloud of pyrotechnic explosions that shatters the tranquility of Emiliano Zapata Norte the New Years Day parade gets under way. 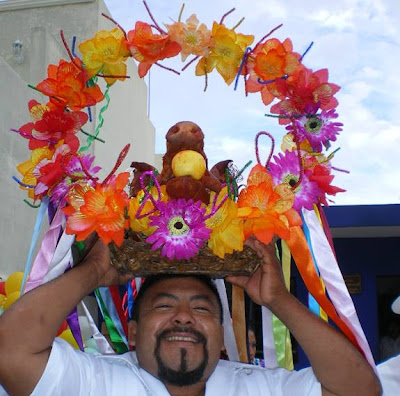 “Pol kek’en” festival or “Danza de la Cabaza de Cochino”, (Dance of the pig’s head). Each participating household features a roasted pig’s head on a platter dancing in the parade.

Catholic Saints have no trouble intermixing with traditional Mayan pageantry. 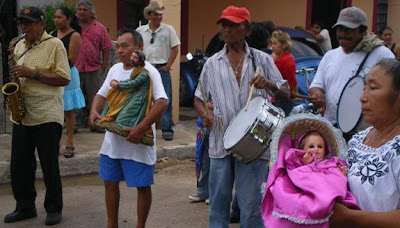 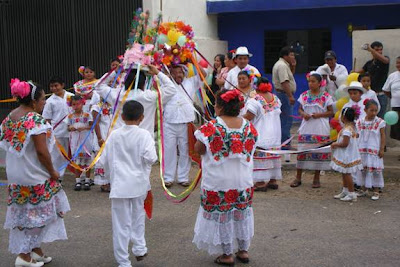 As the parade meanders through Emiliano Zapata Norte past participating households they in turn join in the ever growing parade only stopping now and then for a blast of pyrotechnics and more dancing. 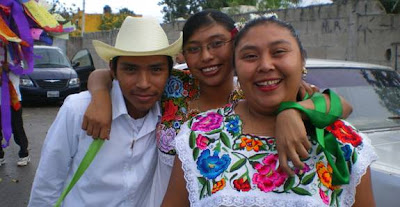 Our lovely good neighbors of seventeen years make the neighborhood a good place to be. 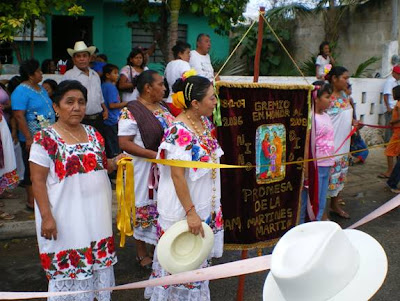 Catholic Saints are honored along with the Mayan ceremony that has maintained a flexibility to facilitate it to survive in some type of harmony for nearly five centuries. 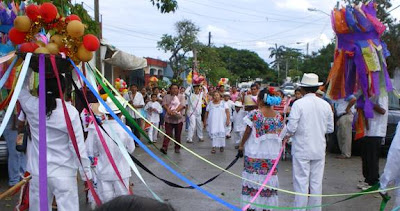 We live in one of the few holdouts to traditional Mayan community activities. 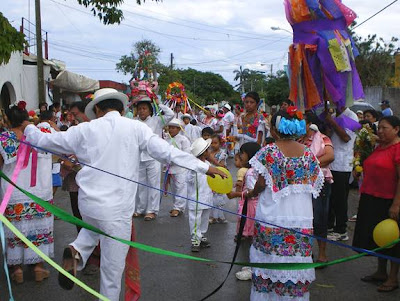 Even the children are brought up to partake in their ancestral pageantry and almost all still speak their native tongue of Maya though less and less daily dress in their traditional costume.
You don’t have to go far from the big city of Mérida to find villages where one in all speak Maya and dress in traditional attire. 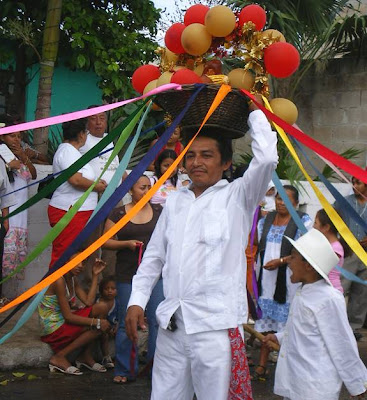 Don Juan our good neighbor is one of the active participants who keeps this family heritage alive and makes our neighborhood a close community.
The festival season in Yucatán begins on December 12th, Lupita Day and continues on until the 6th of January, Three Kings Day.
It seems like the party season only builds to a crescendo without a slack or letup…this is Mexico!